Co-founder of Discovery Mining Services (DMS), Malcolm McLean has been with the company since its inception in 1992 and has been the President since 2013.

During his many years with DMS, the company has benefited from Malcolm’s depth of knowledge in construction and repair along with his excellent business management skills. He knows all sides of Discovery Mining Services, whether that be heading up the logistics of an expediting operation or working on site building exploration camps.  He has years of experience with the assembly and prefabrication of camp materials, large-scale remote site construction, and the logistics of transportation and mobilization. Malcolm Mclean is a lifelong resident of Yellowknife, Northwest Territories.

Dale has over 30 years experience; in the transportation industry, as a contracts negotiator, and a winter road operations/construction specialist. Wheaton has honed his trade by diversifying his work experience both geographically and through industry diversification.

Dale established himself as a progressive senior management professional as the General Manager for Tłı̨chǫ Logistics – Yellowknife, NT. Using his indebt knowledge of the north and its socio-economic environment; Dale developed and managed budgets, oversaw the organizations operations, collaborated with the Tłı̨chǫ board to advance the Tłı̨chǫ peoples’ vision. Dale was instrumental in developing partnerships that aligned with the Tłı̨chǫ board of directors’ corporate objectives.

Dale, raised in the Northwest Territories, values the North’s way of life, its peoples, and its environment.

Co-founder and originating partner of Discovery Mining Services (DMS), Rod Brown has been with the company since 1992. Rod was president of DMS from its founding to 2010.

Rod started his expediting career with the Geological Survey of Canada for a number of years before joining PCL Construction, where he worked as an expeditor during the construction of Colomac Mine in the Northwest Territories. Once the construction of Colomac Mine was complete, Rod was promoted to Head of Logistics and Expediting for Neptune Resources for the daily mine operations. In this role, he managed the organization and transportation of all supplies and passengers for the 500-person operation until he started Discovery Mining Services. Rod Brown is a lifelong resident of Yellowknife, Northwest Territories and holds a Bachelor of Science in Geology from the University of Alberta.

Jennifer Ryden joined Discovery Mining Services (DMS) in 2010 as a Runner/Expeditor. She took on the role of Logistics Manager in 2013.

Jennifer’s experience in logistics began early on, as she worked as a shipper/receiver out of high school. This soon led to a position with Newmont Mining (formerly Mirimar) in which she was responsible for the shipping of core samples. Jennifer joined DMS as an Expeditor before her promotion to Logistics Manager.

Jennifer boasts years of experience as the logistical support lead and main point of contact for a number of large scale, complex projects. She is knowledgeable about all aspects of purchasing, receiving freight, passenger manifesting, aircraft booking, and aircraft loading and unloading. She also brings expertise in the receiving, recording, shipping, and delivery of geological samples. Jennifer is a lifelong resident of Yellowknife, Northwest Territories.

Kevin’s focus has always been on transportation and boasts years of experience moving goods for the military and delivering supplies for mining, exploration, government departments, and civil works projects in Canada and abroad. Kevin served with the Canadian Forces for many years before joining a heavy lift air operation based in Yellowknife, Northwest Territories (NWT). During the 18 years spent with the organization, he worked as a Hercules and 737 loadmaster before being promoted to Coordinator for the Hercules operation. Throughout that time, he airlifted materials for the construction of every single mine currently operating in the NWT and Nunavut today.

Kevin has an intimate understanding of the intricacies of complex and challenging transport projects. Over the years he has helped move everything, from power plant components to prototype cars, to even racehorses to aircraft engines. Kevin has called Yellowknife, NWT home since 1994.

Mathieu has been working as Camp Operations Manager for Discovery Mining Services (DMS) since 2011. Prior to that, he worked with the company as a lead camp builder for 5 years.

During his time with DMS Mathieu has developed and employed a wide range of skills that apply to all sides of DMS’s operation. Mathieu is intimately acquainted with the construction of remote camps of all sizes. His experience in designing camp layouts, retrofitting and customizing camps allows us to cater to the needs of the client. Mathieu grew up in Montreal but has called Yellowknife, NWT home since 2005. Mathieu is fluent in French and English.

Having experience with his family’s fishing lodge in the NWT, Rudi possesses practical knowledge of the residents & visitors, as well as geography of the north.

Rudi is experienced with regulations of preparing documents and packaging of Dangerous Goods for businesses and the general public. His enthusiasm for language & communication combined with his knowledge of the travel industry keep him busy outside of work. 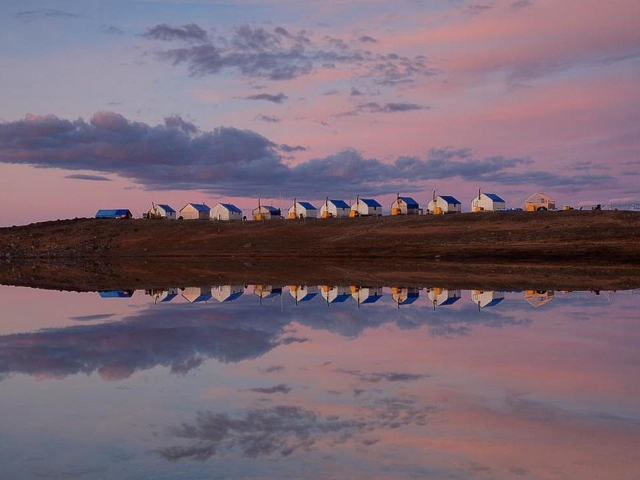 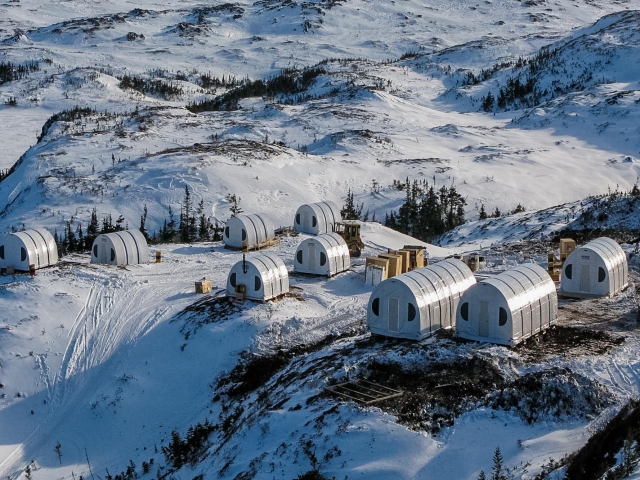 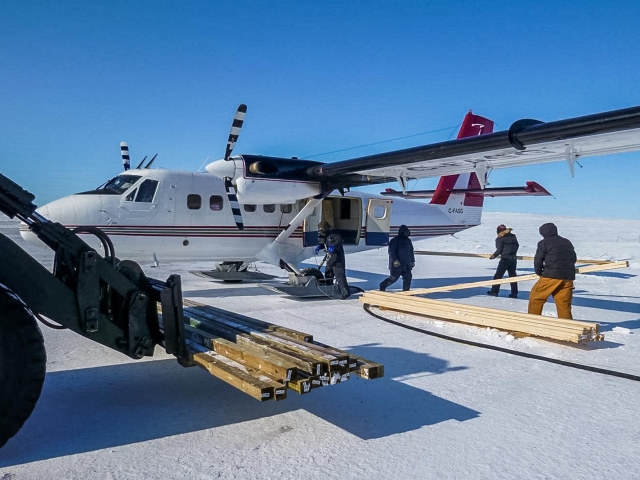 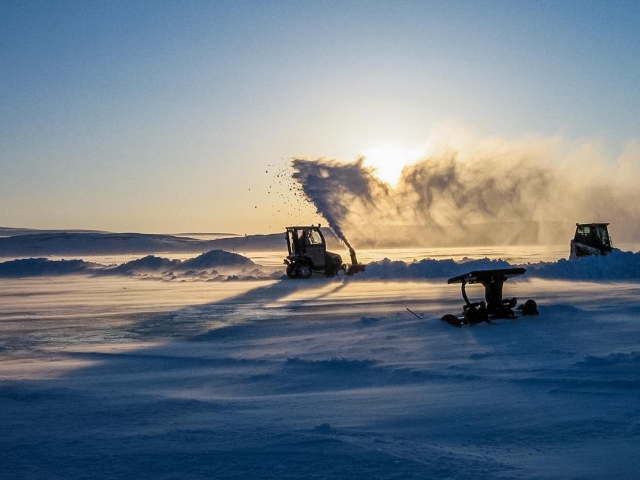 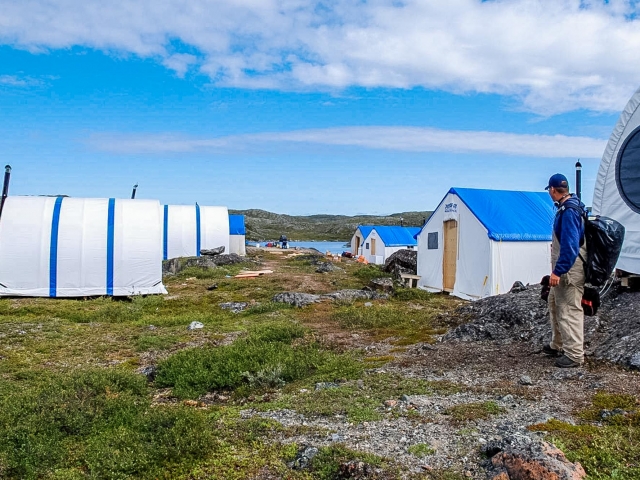 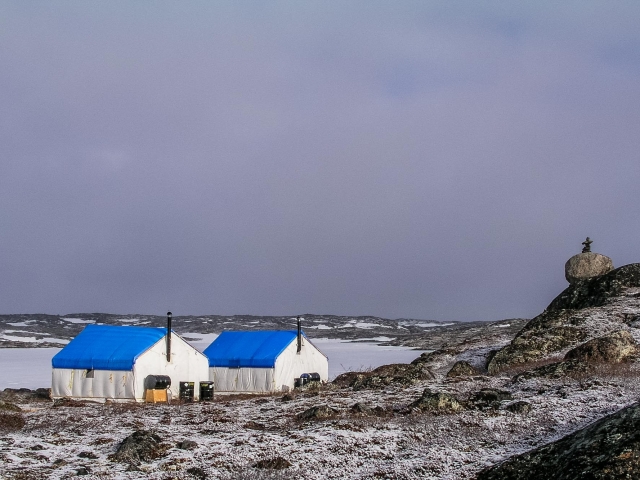 With over 28 years working in remote locations under difficult conditions, Discovery Mining Service has the experience, know-how, and resources to get the job done right no matter what is required.